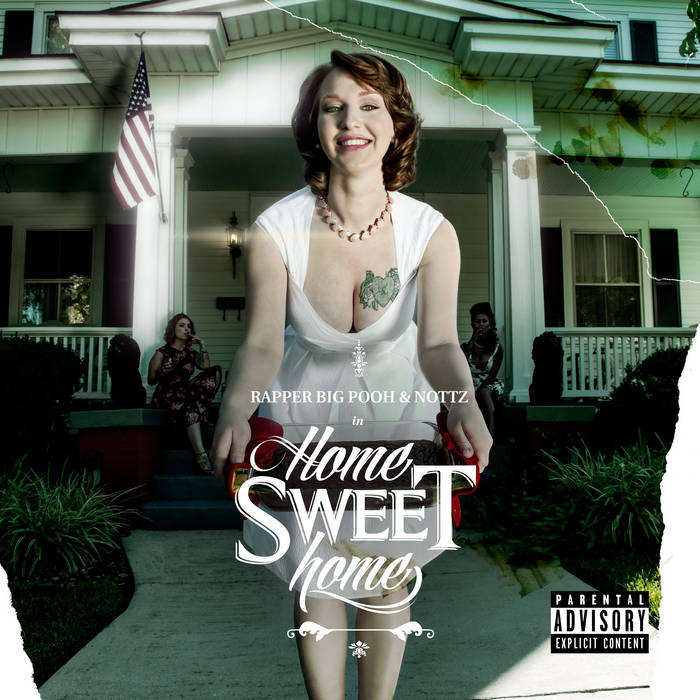 Blacmav Actually the ENTIRE project is DOPE AF but this is my fav at the moment! Constant rotation! Real Hip-Hop remains true, if you know where to look. Favorite track: Fries.

djwarzone thank you for this album and the ep this year. Two albums to make my top 5 this year

Tino Adams Prom season, the beat is off the hook. Has been a while since I obsessed over a tune like I do with this gem.

This is soul food, an audible feast, a form of mental science, and a collection of memories reminding you why you first loved hip-hop. It’s Home Sweet Home, the collaborative album from rapper Big Pooh and Nottz: 13 slabs of soulful music and superb bars, released on Mello Music Group.

If “comfort food” is often invoked as a negative cliché, this contradicts that notion. As Chris Rock once said, “cornbread, there’s nothing wrong with that.” And Virginia’s Pooh and Nottz have slow-roasted a home-cooked Sunday dinner with extra butter.

Listen to “Welcome Home,” where Pooh paints the picture, “momma cooking up collard greens, fried chicken, macaroni, yams…you know the menu.” We see his brother firing up the grill, and his nieces and nephews playing in the yard.

It’s a much-needed respite from the falsehoods and conflicted identities wandering around outside. If you miss songs like Kanye’s “Family Business” or Goodie Mobb’s “Soul Food,” your only option is to press play.

"I'm most proud about how precise we kept it,” Rapper Big Pooh says. “It's an album that moves, glides in and out of songs, from one to the next. The topics are precise, the music thumps, and the length provides instant replay value."

But it’s about power as much as precision. Pooh keeps a pragmatic balance between the sphere of family and friends, and the realities of the cold world. It’s immensely relatable rap about having too many debts on the credit card, trying to make diamonds of out coal, and not being able to afford to eat for days on end.

Behind the boards, the two-time Grammy Award winning producer, Nottz annexes a form of boom-bap that hadn’t yet been discovered. It’s what you’d imagine Gang Starr would sound like if they came out in 2015: fueled by battering ram drums and orchestral loops, beatific gospel and raw sinister slaps. It’s not hard to tell why he’s been a go-to producer for Kanye, Snoop Dogg, and Scarface -- or why 9th Wonder once called Nottz, "the best beatmaker on earth."

It’s the second triumph this year for Pooh, whose previous Mello canvas, Words Paint Pictures, dropped this spring—with production courtesy of Apollo Brown. This round, Pooh is tapping into the deep ancestral consciousness that gives us our identity.

This is an album to remind you of what you left and where you’re going. Home Sweet Home proves that you can go home again, but you’ll meet both the good and the band. The feeling of being around those you love, and the cousins asking to borrow money. Life in all its forms. Dig in.

Bandcamp Daily  your guide to the world of Bandcamp